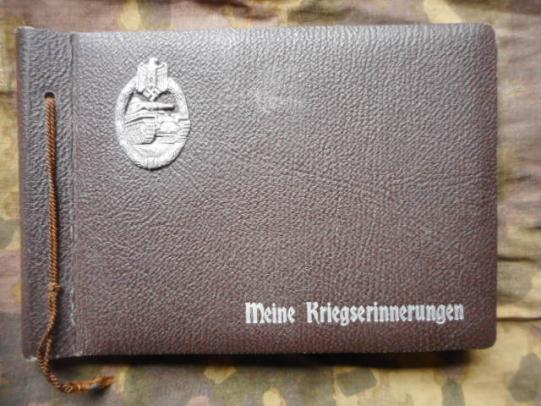 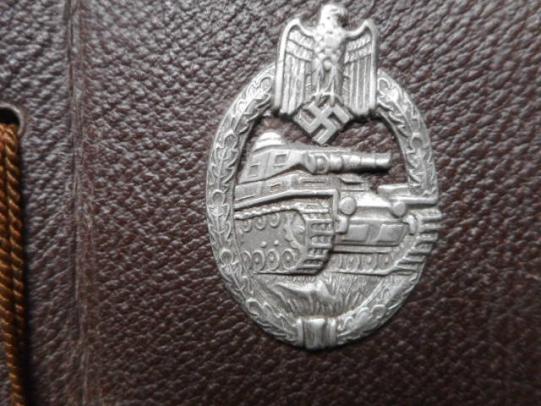 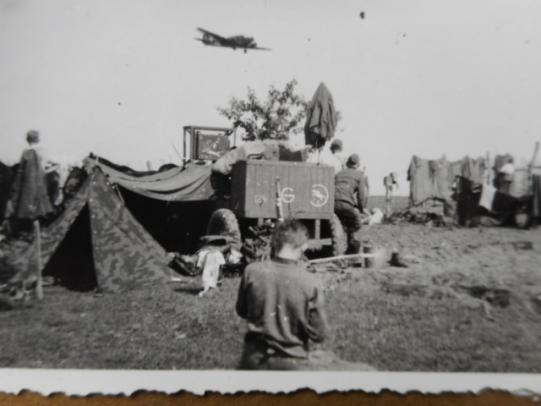 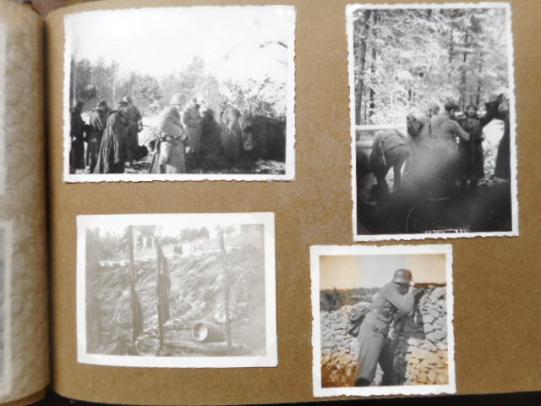 A stunning ww2 german soldiers photo album , it has 88 pictures in it one which looks like him in a dak afrikakorps 2nd pattern tunic and cap with soutache on it and others of what looks like the invasion or soviet union on operation barbarossa with one ambulance and one truck having the grey hound division tack sight on them and the letter G for Gudarian 2nd panzer battle group , 24th panzer division . normal pictures of combat action buring buildings , dead soldiers , officers , pow's . destroyed citys , mg34 , pak gun , and the album has a panzer badge on the front over all a real nice original album